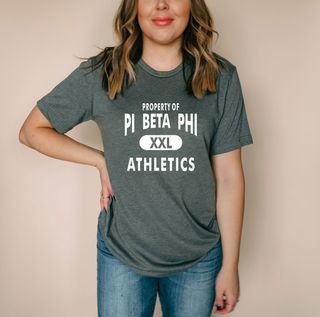 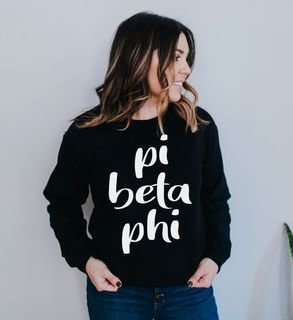 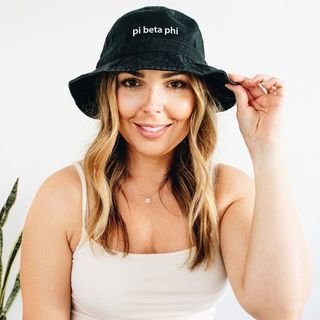 Pi Beta Phi is one of the most popular women's fraternities out there, with over 200 chapters and 300 alumnae organizations across North America. The fraternity was founded in 1867 at Monmouth College, maintaining its position as a premier fraternity for over 150 years. If you're proud Pi Beta Phi sister, what better way to show off your Greek pride with Pi Beta Phi merchandise from Greek Gear?

For current and former sisters of Pi Beta Phi, there's no better way to represent your favorite Greek organization than with some Pi Beta Phi clothing. Our selection of Pi Beta Phi shirts, sportswear and jackets all work together to help you celebrate your fraternity without masking your personal style. Enjoy a seemingly endless variety of Pi Beta Phi clothing options when you shop at Greek Gear - your Pi Beta Phi store. Can't find what you need? Design your own Greek apparel with your easy online editor. Make a custom shirt design in just minutes.

Pi Beta Phi apparel isn't all we have to offer. At Greek Gear, we're an entire Pi Beta Phi shop, complete with all kinds of paraphernalia. Shop for drinkware, hats, keychains and more, all at our fantastically low prices. Whether you're a proud sister or are shopping for your college student that just pledged to her favorite group, you'll find everything you need to celebrate Greek life at Greek Gear.

Shop at Greek Gear and shop with confidence knowing that our Pi Beta Phi merchandise is made by experts that know the fraternity inside and out. Our official designs incorporate not only the Pi Beta Phi Greek letters, but also the group's official colors and logos.