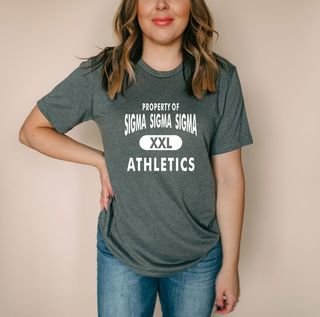 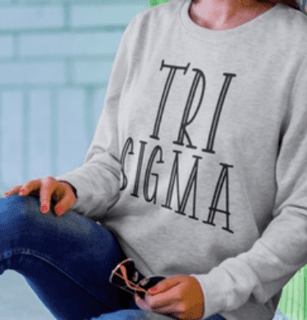 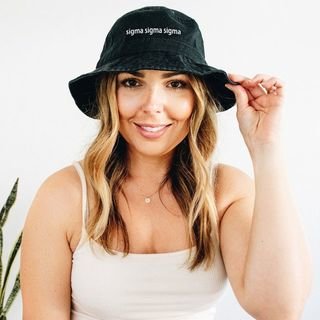 Sigma Sigma Sigma, also known as Tri Sig, is a national sorority that was been around for over 120 years. The group was founded on April 20, 1898 at Longwood College in Farmville, Virginia and has grown to now have a presence on 112 college campuses. Sigma Sigma Sigma was once a sorority for teachers and educators, but now accepts women pursing a variety of career paths. There are over 125,000 women that have been inducted into the sorority.

The women of Tri Sig know how important it is to represent their group in a positive light. That's why they often can be seen wearing sorority apparel while attending class, participating in Greek events and performing service projects. If you're a proud Sigma Sigma Sigma lady, you can stock your wardrobe with fantastic Tri Sig fashions from Greek Gear. Shop for a variety of Sigma Sigma Sigma clothing, including T-shirts, sweatshirts and more, all featuring the Sigma Sigma Sigma colors, letters and crest.

There are a ton of different ways you can show your Tri Sig pride and Greek Gear makes it a little bit easier by offering a variety of Sigma Sigma Sigma merchandise to choose from. We carry buttons, stickers and plenty more. If you're in a hurry, check out our made fast items, which can be customized to your sorority and shipped out in little time. We even carry Tri Sig jewelry, which makes a great gift for your Big Sister or Little Sister.

Shop at Greek Gear to find fantastic Sigma Sigma Sigma styles for less. We carry everything you need to show off your sorority pride at prices that are easy on even a college student's budget. Browse our selection today and experience what it's like to have a Sigma Sigma Sigma sorority store right at your fingertips.