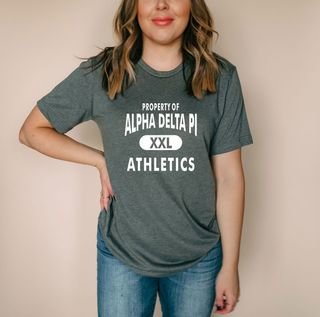 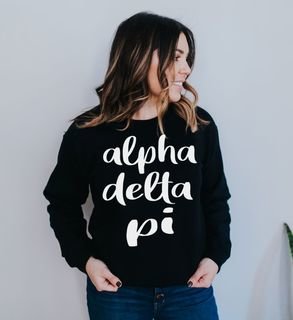 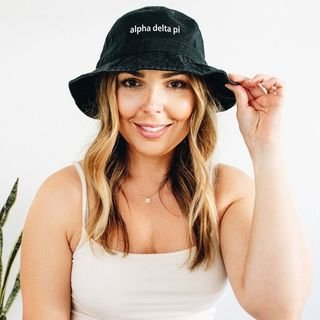 Founded May 15, 1851 at Wesleyan College in Macon, GA, Alpha Delta Pi (also known as the Adelphean Society) is the oldest secret society for college women in the world. Over 200,000 members in over 133 active chapters have joined worldwide, dedicating themselves to the sorority’s pillars of scholarship, leadership, service to others, and sisterhood. The official colors of Alpha Delta Pi sorority are azure blue and white, which is why this special section of Greek Gear is filled with blue and white ADPi merch.

Where do you start when you’re presented with such a wide variety of sorority merchandise for Alpha Delta Pi sisters? Hats & visors, sweatshirts, Jackets & Coats, Stickers & Decals, Blankets & Home Goods, even Glassware with Alpha Delta Pi symbols. You can also fill up on Rush & Recruitment Merchandise so that you and your chapter will be prepared to welcome new potential members into the fold this semester.

If you’re ever in a tight spot and need your ADPi merch in a hurry, browse the Alpha Delta Pi Made Fast Items section first. We’ll produce and ship your sorority clothing, gifts, and more in a flash. You can also use the Greek Gear Design Your Own tool to bring your own creations to life and have them shipped to your door.

What are the symbols of Alpha Delta Pi?

The 4-Pointed Diamond is the sorority’s official symbol. It stands for character, personality, faith, loyalty, enduring strength, and friendship among other noble ideals. The flower is the Woodland Violet and the mascot is Alphie the lion, who symbolizes strength, courage, and justice.

Who are some well-known Alpha Delta Pi members?